The first verse which was revealed by Allah on the heart of prophet Mohammad was “Read”.. 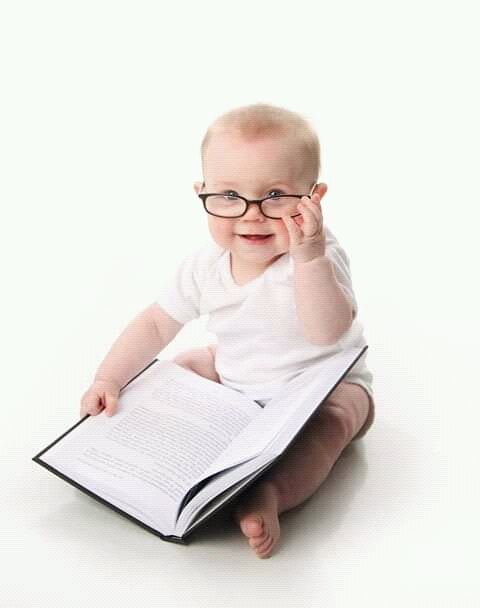 Read: In the name of thy Lord Who createth, (1)
Createth man from a clot. (2) Read: And thy Lord is the Most Bounteous, (3) Who teacheth by the pen, (4) Teacheth man that which he knew not.

Peace be with you !! 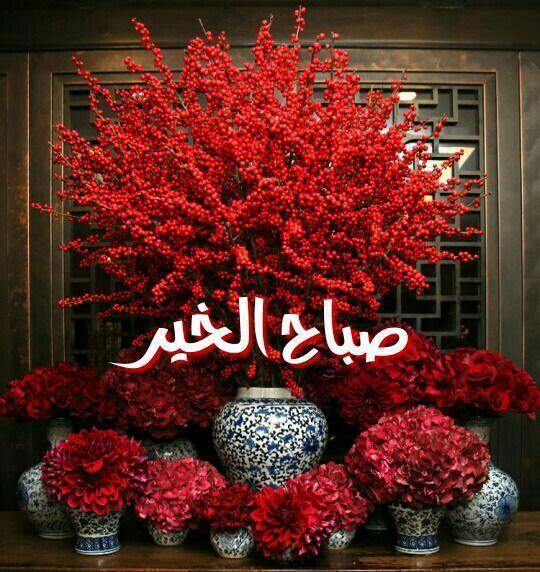 To believe in the Day of Resurrection is “the most important article of faith in Islam. It is in fact, the basis upon which Islam builds its whole philosophy of Life… The advent of resurrection or Qiyamah is more frequently mentioned in the Noble Quran than any other happening.”Defended by an impenetrable phalanx of Sure Signs beyond human manipulation, the collective eschatological manifestation of these Sure Signs of the living, breathing Holy Qur’n triggers Allah’s (SWT) Decree: “I do call to witness the Resurrection Day; And I do call to witness the self-reproaching Spirit.” May no Muslim/non-Muslim reading this ever deny in the Hereafter that they were not warned that Al-Qiyamah has commenced: “O ye assembly of Jinns and men! came there not unto you messengers from amongst you, setting forth unto you My signs, and warning you of the meeting of this Day of yours?”” Qur’n 6.130

Dear friends..I will take a vacation for some time..I need to travel with my family before the second school term begins..

Thanks a lot for your support… 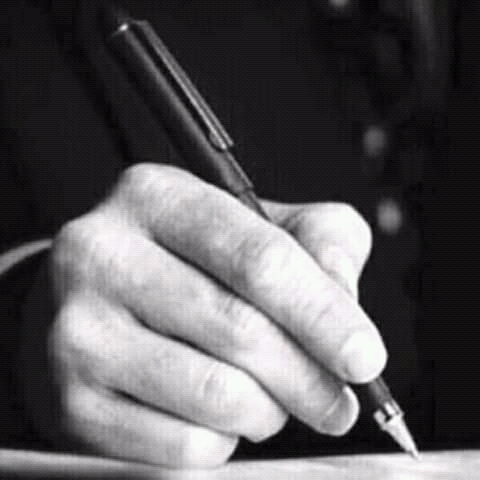 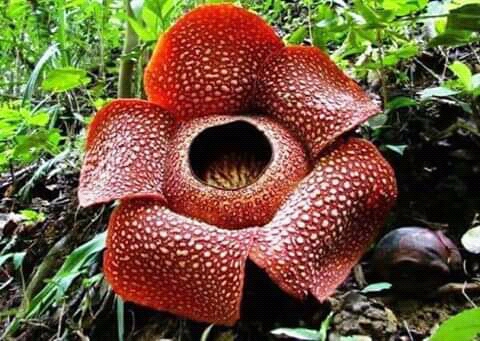 Let’s speak about the 99 attributes of our creator..the only creator…

68. As-Samad
* The Eternal, The Independent, The Master who is relied upon in matters and reverted to in ones needs.

69. Al-Qaadir
* The Able, The Capable, The One attributed with Power.

70. Al-Muqtadir
* The Powerful, The Dominant, The One with the perfect Power that nothing is withheld from Him.

71. Al-Muqaddim
* The Expediter, The Promoter, The One who puts things in their right places. He makes ahead what He wills and delays what He wills.

72. Al-Mu’akh-khir
* The Delayer, the Retarder, The One who puts things in their right places. He makes ahead what He wills and delays what He wills.

73. Al-‘Awwal
* The First, The One whose Existence is without a beginning.

74. Al-‘Akhir
* The Last, The One whose Existence is without an end.

75. Az-Zaahir
* The Manifest, The One that nothing is above Him and nothing is underneath Him, hence He exists without a place. He, The Exalted, His Existence is obvious by proofs and He is clear from the delusions of attributes of bodies.

76. Al-Baatin
* The Hidden, The One that nothing is above Him and nothing is underneath Him, hence He exists without a place. He, The Exalted, His Existence is obvious by proofs and He is clear from the delusions of attributes of bodies.

77. Al-Walee
* The Governor, The One who owns things and manages them.

78. Al-Mutaali
* The Most Exalted, The High Exalted, The One who is clear from the attributes of the creation.

79. Al-Barr
* The Source of All Goodness, The Righteous, The One who is kind to His creatures, who covered them with His sustenance and specified whoever He willed among them by His support, protection, and special mercy.

80. At-Tawwaab
* The Acceptor of Repentance, The Relenting, The One who grants repentance to whoever He willed among His creatures and accepts his repentance.

81. Al-Muntaqim
* The Avenger, The One who victoriously prevails over His enemies and punishes them for their sins. It may mean the One who destroys them.

82. Al-Afuww
* The Pardoner, The Forgiver, The One with wide forgiveness.

83. Ar-Ra’uf
* The Compassionate, The One with extreme Mercy. The Mercy of Allah is His will to endow upon whoever He willed among His creatures.

84. Malik Al-Mulk
* The Eternal Owner of Sovereignty, The One who controls the Dominion and gives dominion to whoever He willed.

85. Thul-Jalali wal-Ikram
* The Lord of Majesty and Bounty, The One who deserves to be Exalted and not denied.

86. Al-Muqsit
* The Equitable, The One who is Just in His judgment.

87. Aj-Jaami
* The Gatherer, The One who gathers the creatures on a day that there is no doubt about, that is the Day of Judgment.

88. Al-Ghaniyy
* The Self-Sufficient, The One who does not need the creation.

89. Al-Mughni
* The Enricher, The One who satisfies the necessities of the creatures.

90. Al-Maani
* The Preventer, The Withholder.

94. Al-Haadi
* The Guide, The One whom with His Guidance His belivers were guided, and with His Guidance the living beings have been guided to what is beneficial for them and protected from what is harmful to them.

95. Al-Badi
* The Incomparable, The One who created the creation and formed it without any preceding example.

96. Al-Baaqi
* The Everlasting, The One that the state of non-existence is impossible for Him.

97. Al-Waarith
* The Supreme Inheritor, The Heir, The One whose Existence remains.

98. Ar-Rasheed
* The Guide to the Right Path, The One who guides.

99. As-Saboor
* The Patient, The One who does not quickly punish the sinners. 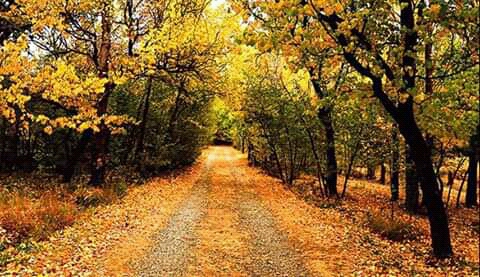 34-Al-Azeem
* The Great One, The Mighty, The One deserving the attributes of Exaltment, Glory, Extolement,and Purity from all imperfection.

36. Ash-Shakoor
* The Grateful, The Appreciative, The One who gives a lot of reward for a little obedience.

37. Al-Aliyy
* The Most High, The Sublime, The One who is clear from the attributes of the creatures.

38. Al-Kabeer
* The Most Great, The Great, The One who is greater than everything in status.

39. Al-Hafeez
* The Preserver, The Protector, The One who protects whatever and whoever He willed to protect.

40. Al-Muqeet
* The Maintainer, The Guardian, The Feeder, The Sustainer, The One who has the Power.

41. Al-Haseeb
* The Reckoner, The One who gives the satisfaction.

42. Aj-Jaleel
* The Sublime One, The Beneficent, The One who is attributed with greatness of Power and Glory of status.

43. Al-Kareem
* The Generous One, The Bountiful, The Gracious, The One who is attributed with greatness of Power and Glory of status.

44. Ar-Raqeeb
* The Watcher, The Watchful, The One that nothing is absent from Him. Hence it’s meaning is related to the attribute of Knowledge.

45. Al-Mujeeb
* The Responsive, The Hearkener, The One who answers the one in need if he asks Him and rescues the yearner if he calls upon Him.

46. Al-Wasi
* The Vast, The All-Embracing, The Knowledgeable.

47. Al-Hakeem
* The Wise, The Judge of Judges, The One who is correct in His doings.

48. Al-Wadood
* The Loving, The One who loves His believing slaves and His believing slaves love Him. His love to His slaves is His Will to be merciful to them and praise them:Hence it’s meaning is related to the attributes of the Will and Kalam (His attribute with which He orders and forbids and spoke to Muhammad and Musa -peace be upon them- . It is not a sound nor a language nor a letter.).

49. Al-Majeed
* The Most Glorious One, The Glorious, The One who is with perfect Power, High Status, Compassion, Generosity and Kindness.

50. Al-Baith
* The Reserrector, The Raiser (from death), The One who resurrects His slaves after death for reward and/or punishment.

51. Ash-Shaheed
* The Witness, The One who nothing is absent from Him.

53. Al-Wakeel
* The Trustee, The One who gives the satisfaction and is relied upon.

55. Al-Mateen
* The Firm One, The One with extreme Power which is un-interrupted and He does not get tired.

56. Al-Waliyy
* The Protecting Friend, The Supporter.

57. Al-Hameed
* The Praiseworthy, The praised One who deserves to be praised.

58. Al-Muhsee
* The Counter, The Reckoner, The One who the count of things are known to him.

59. Al-Mubdi’
* The Originator, The One who started the human being. That is, He created him.

60. Al-Mueed
* The Reproducer, The One who brings back the creatures after death.

61. Al-Muhyi
* The Restorer, The Giver of Life, The One who took out a living human from semen that does not have a soul. He gives life by giving the souls back to the worn out bodies on the resurrection day and He makes the hearts alive by the light of knowledge.

62. Al-Mumeet
* The Creator of Death, The Destroyer, The One who renders the living dead.

63. Al-Hayy
* The Alive, The One attributed with a life that is unlike our life and is not that of a combination of soul, flesh or blood.

64. Al-Qayyoom
* The Self-Subsisting, The One who remains and does not end.

65. Al-Waajid
* The Perceiver, The Finder, The Rich who is never poor. Al-Wajd is Richness.